“Music saves the soul.” Play softly while you read.

A friend asked me what’s my favorite place in Singapore. It took me a while to ruminate and respond “Haji Lane” with a smile. We firstly met in Piedra Negra so I guess I gave an honest answer. . Hehe. . 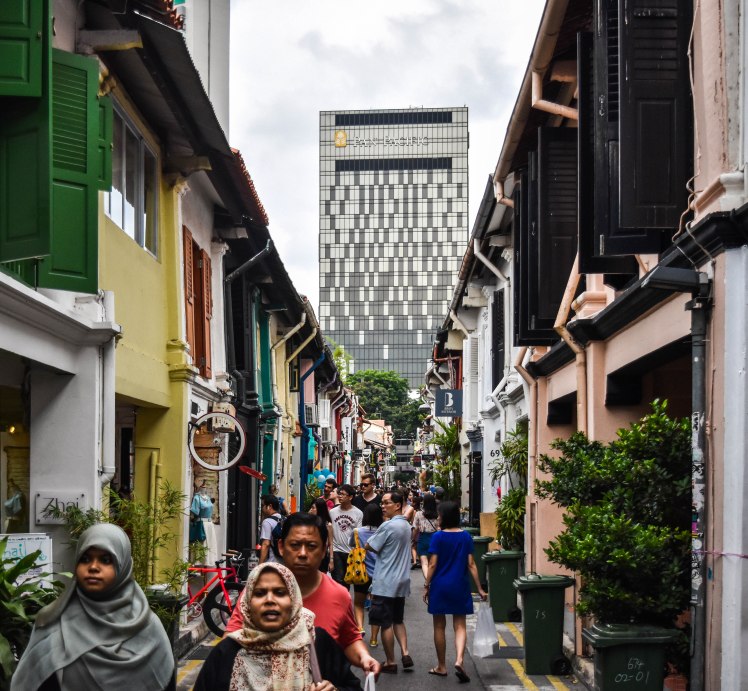 Kampong Glam has been known as the Malays and Arabs’ village during the early days, the heart of the Muslim community during the British regime if I have comprehended Singapore’s history correctly. The spotlight of the area is the country’s most popular and the biggest Islamic house of worship – the Masjid Sultan also known as Sultan Mosque. In contrast to the bustling financial business district and many parts of Singapore which have the modernized architecture and futuristic ambience, Kampong Glam is a part that kept its rich culture and heritage. If you’d ask me, the ethnic vibe of Malay-Arab influence made Kampong Glam more captivating than any other spots in Singapore.

The ascendancy of the ethnic Arab community in Singapore, though their population isn’t as prominent as the Singaporean-Chinese, is imparted in Kampong Glam. You’ll notice that the streets around the mosque sounded like locales in the Middle East – Arab Street is an obvious example. The neighbourhood boasts worthy-of-your-visit restaurants and cafes with a variety of cuisines, yes, not just Arab or Malay dishes. Shoppers and bazaar-lovers will also enjoy the quarter’s indie stores selling carpets, furnitures (some are antiques I guess), clothes and textile, and a whole lot of handicrafts and whim-whams that every self-confessed flower child like me will surely dive into. 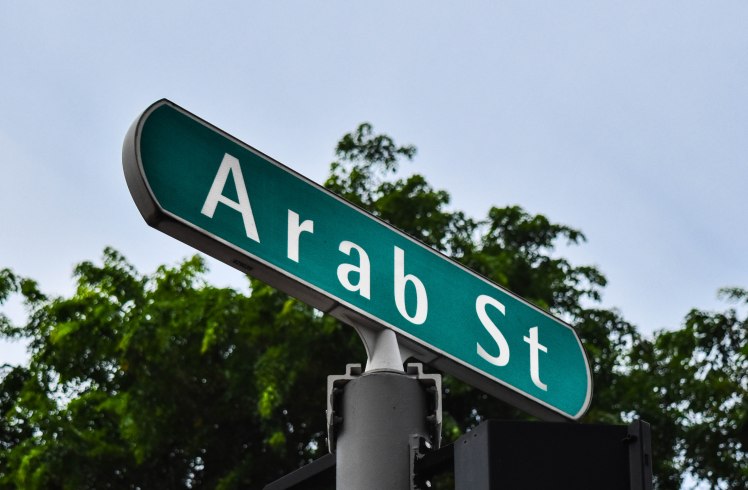 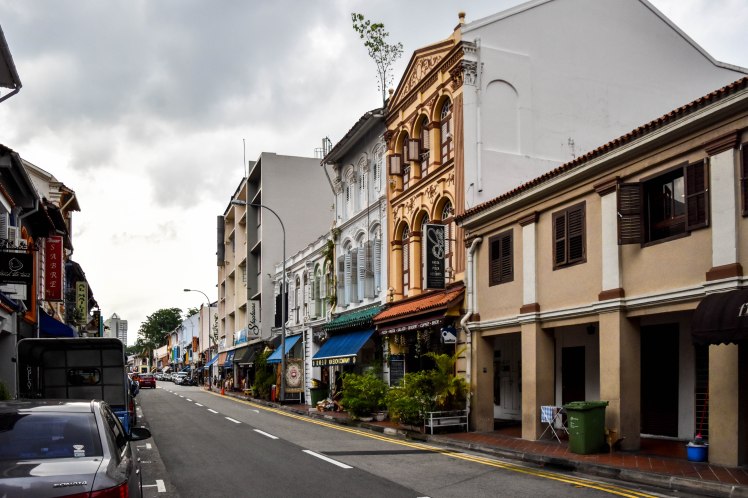 While the sun is still up, Haji Lane, which I frequented in the area, is a vibrant pathway. The striking wall paintings and murals make the street colourful. The hippie boutiques, some with a twist of Peranakan exteriors on the second storey, are radiant. As the dark skies dominate the sky, Haji Lane becomes livelier. Both tourists and locals enjoy bottles of beers in this narrow atmospheric street while they smoke shisha and socialize. The yuppies and free-spirit millennials will definitely love this playground. I do. 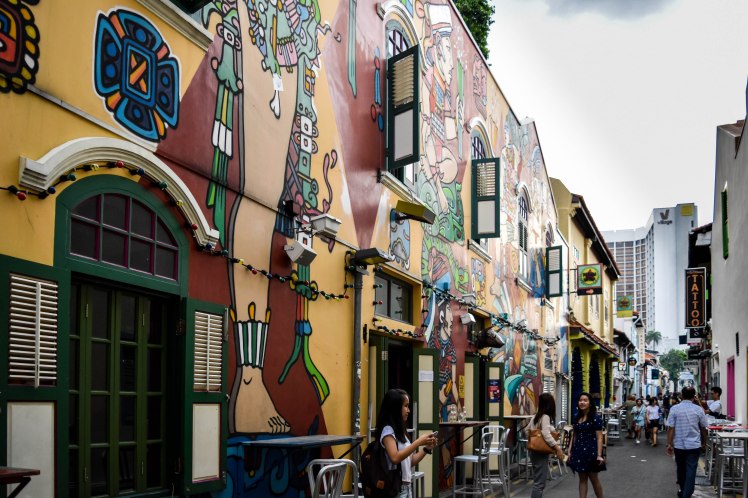