Uluru, also known as Ayer’s Rock is a red sandstone monolith located almost at the center of Australia. This iconic formation is said to have just abruptly risen in the middle of the desert in Northern Territory. From Adelaide, we flew to Ayer’s Rock Airport with a connecting flight from Alice Springs.

Many tourists flock to this side of the earth to see how this UNESCO World Heritage Site amazingly changes its color depending on the amount of sunlight the hits it. One of the most photographed attraction in Australia, Uluru is usually visited and photographed during the golden hours of sunrise and sunset.

The Aboriginal people think of this monolith as a great place of power. It was also thought as the center of the universe and the Mother Earth’s den. Aboriginal people continue to create paintings inspired by this majestic massive rock.

My Uluru trip was all paid for by my uncle and aunt so I don’t really know how cheap or expensive the trip was. Though I know the hotels and the flights to Ayer’s Rock is actually expensive and most of my friends who have been there just drove all the way to the middle of Straya in a van and just camped around instead of staying in hotels.

Apart from Uluru, another attraction is the Kata Tjuta, also known as the Olgas. It can be seen from afar at one point near Uluru but we didn’t have the chance to visit it. Maybe next time. . 🙂

Another attraction that shouldn’t be missed while in Uluru is Munro’s Field of Lights. This trip was booked in the hotel for almost $40. At sundown, when Uluru has become a silhouette, a vast field of  “flowers” illuminates the desert as if it is the rainbow’s end. With bright colourful lights and a starry night, my short trip at Uluru is indeed a once in a lifetime experience I will always remember. 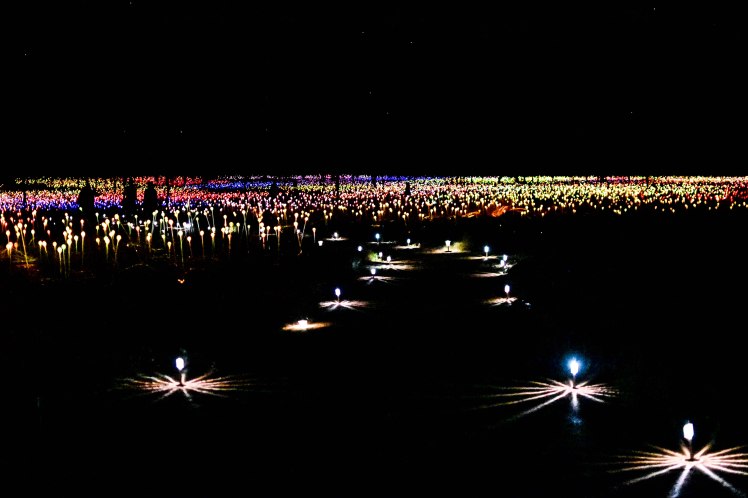 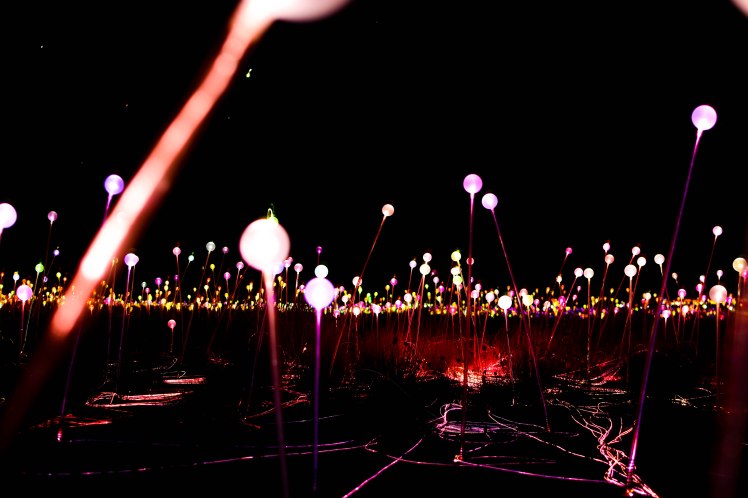 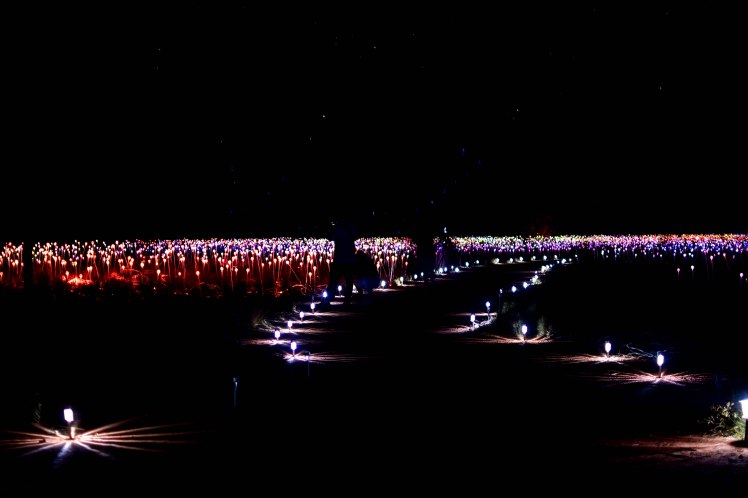 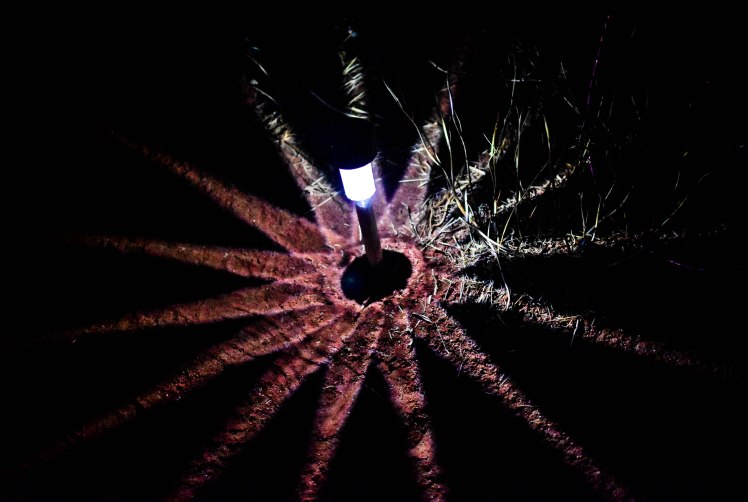